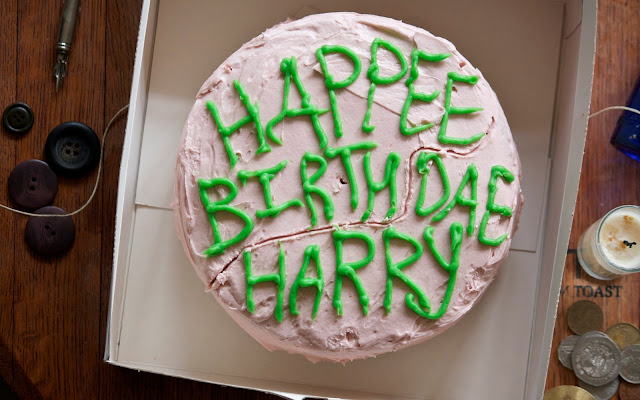 In Harry Potter and the Sorcerer's Stone, J.K. Rowling captured one of my favorite childhood moments perfectly right after Hagrid arrived and informed Harry that he was a wizard: 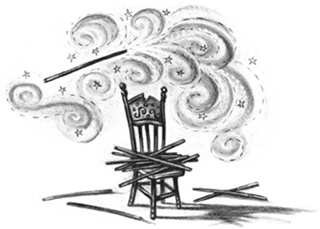 Harry woke early the next morning. Although he could tell it was daylight, he kept his eyes shut tight. "It was a dream," he told himself firmly. "I dreamed a giant called Hagrid came to tell me I was going to school for wizards. When I open my eyes, I'll be at home in my cupboard."
There was suddenly a loud tapping noise.
And there's Aunt Petunia knocking on the door, Harry thought, his heart sinking. But he still didn't open his eyes. It had been such a good dream.
Tap. Tap. Tap.
"All right," Harry mumbled, "I'm getting up."
He sat up and Hagrid's heavy coat fell off him. The hut was full of sunlight, the storm was over, and Hagrid himself was asleep on the collapsed sofa, and there was an owl rapping its claw on the window, a newspaper held in its beak.
Harry scrambled to his feet, so happy he felt as though a large balloon was swelling inside him. He went straight to the window and jerked it open....

There's nothing like waking up and suddenly realizing your life has changed. Or that something you've been waiting for has finally arrived. We feel it all the time as children: birthdays, Christmas morning, the first day of school (or summer), each an adventure to dive into. This feeling of elation happens less as adults, but when it does happen, it makes you feel like a kid again.

As most Harry Potter fan's know, Harry's birthday it not the same without a smashing release party. And tonight, for the first time since summer 2007, Rowling delivers The Cursed Child, another glimpse into the wizarding world of Harry Potter. This time, it's a script, and it's about a whole new generation of Hogwarts' students.

But who founded this tradition of crashing Harry birthday at midnight? Our favorite giant groundskeeper of course, with a frosted cake, a pink umbrella, and news that would change Harry's life forever.

So for Harry's birthday tomorrow, I made a cake just like the one Hagrid dragged through the storm. I sorted through my house to find odds and ends that Hagrid might carry around (no live owls or mice though).

Hagrid's coat seemed to be made of nothing but pockets- bunches of keys, slug pellets, balls of string, peppermint humbugs, teabags... finally, Harry pulled out a handful of strange-looking coins. 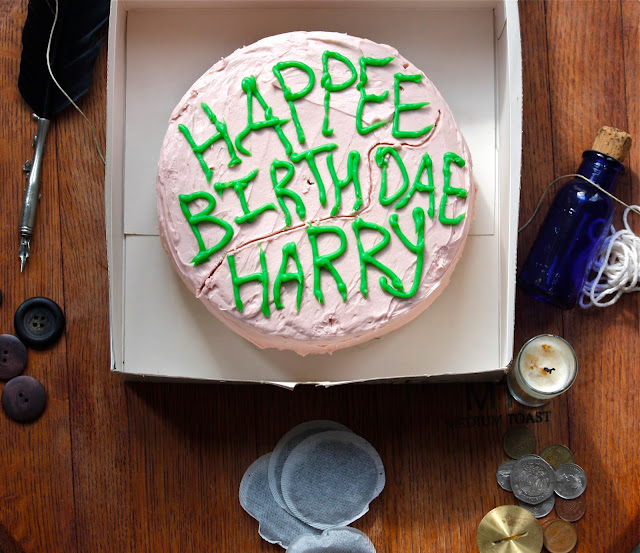 This cake is one of the easiest Harry Potter themed desserts to make because you don't have to be neat and tidy. Slap on some frosting, pipe the letters (misspelled too), and dig in like you're Dudley on a diet. You can customize it any way you like, but I prefer using American buttercream icing and a two-layer sponge. 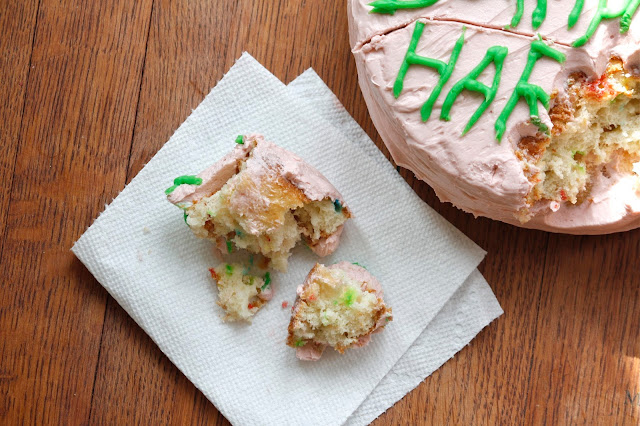 According to the book, the cake should be chocolate, but how awesome would it be if Hagrid showed up with a funfetti cake?!

If I went to Hogwarts, I'd have been the one Muggle-born sneaking baking mixes into the kitchens. I'd convert the house elves easily. Fred and George and I would've become besties. Nbd. 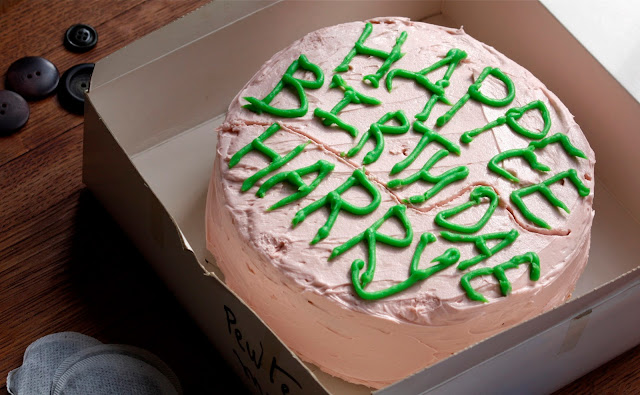