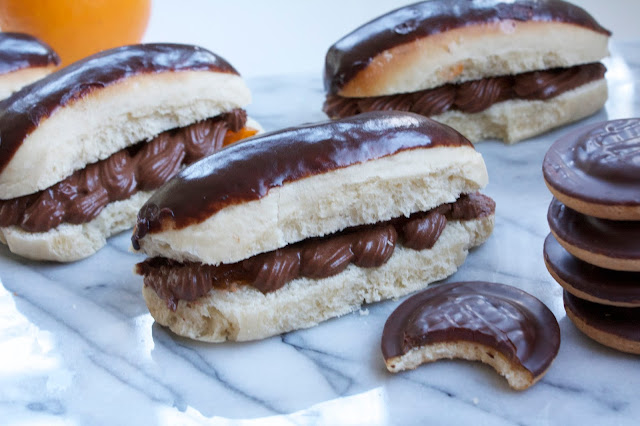 So I made classic Iced Buns to see what they tasted like (at least what my attempt at classic iced buns tasted like). But my real evil plan was to make an adaptation of Jaffa cakes, one of my favorite British sweets.

I know you'll never believe me, but I planned this bake before the Bake Off even started. When I found out the first episode's technical challenge (12 hours after it aired in Britain, mind you) my jaw hit the floor. 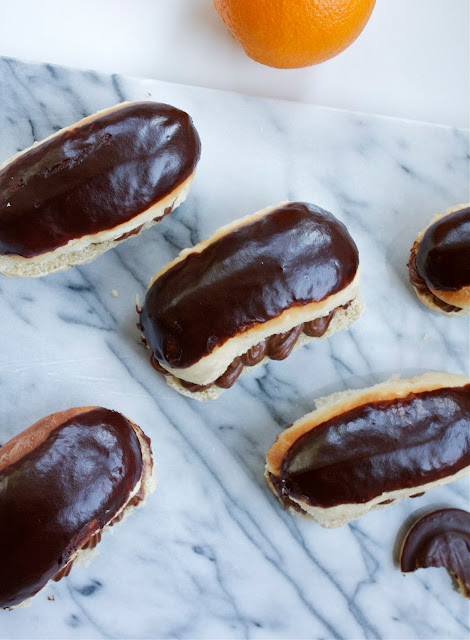 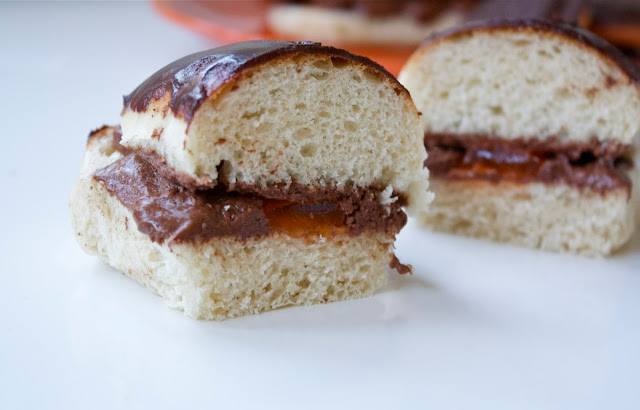 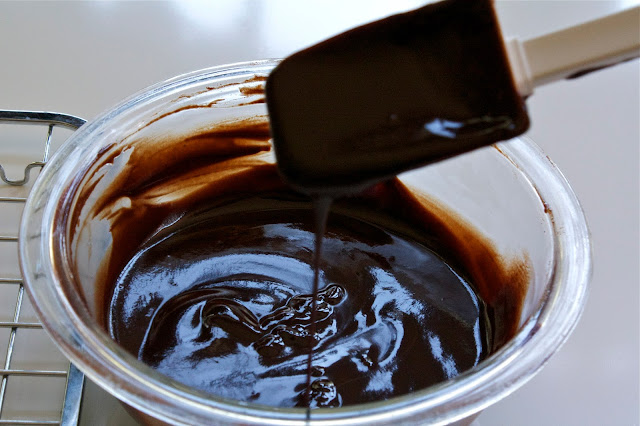 The transformation from plain to Jaffa was simple. I kept the original iced buns recipe for the base. Instead of icing, I made a chocolate ganache and dipped each of the buns in that, which made them all look like eclairs (no regrets). Then I replaced the jam with orange jell-o. For the whipped cream, I added another 1/2 cup to the remaining ganache, and whipped it till paler and fluffy. Voila! 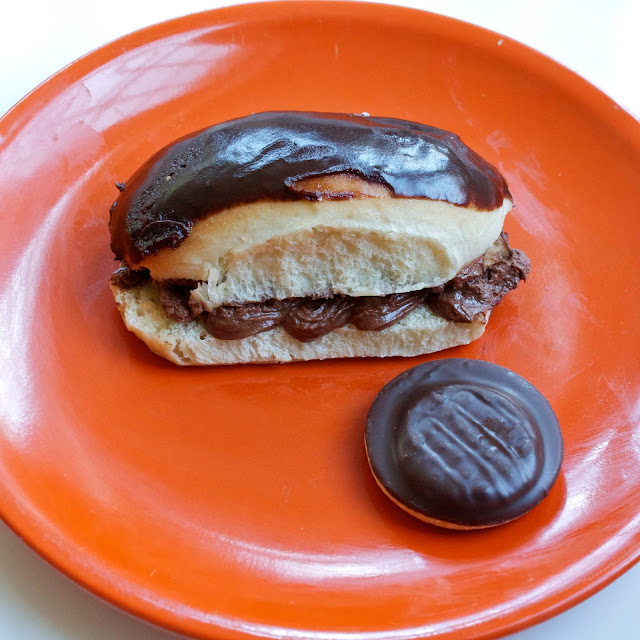 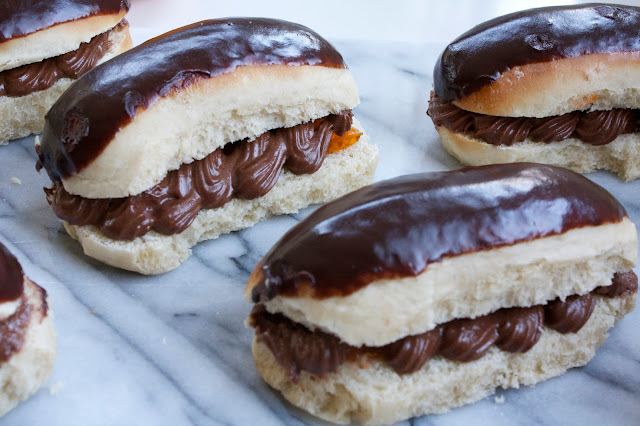 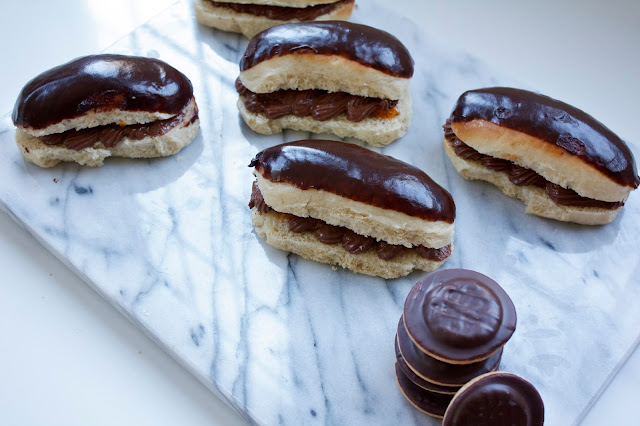 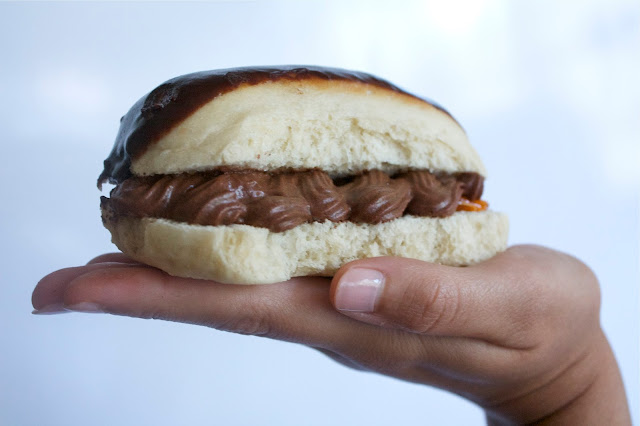