Toast from Around the World 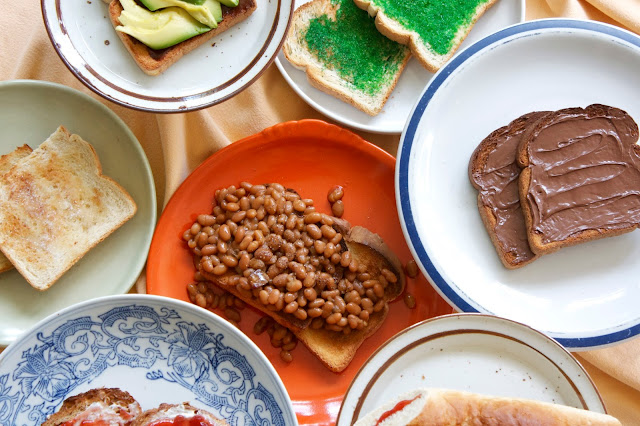 Going on the international theme, in honor of the Olympic Games, I made toast! Lots of toast.

Why, you ask? Consistency, nostalgia, speed, versatility, comfort, I could go on. A good slice of buttered toast is as perfect with tea as it is after a night out. It's also a universally shared breakfast or snack staple in almost every country around the world. However what is spread, plopped, or sprinkled on it is a different story. 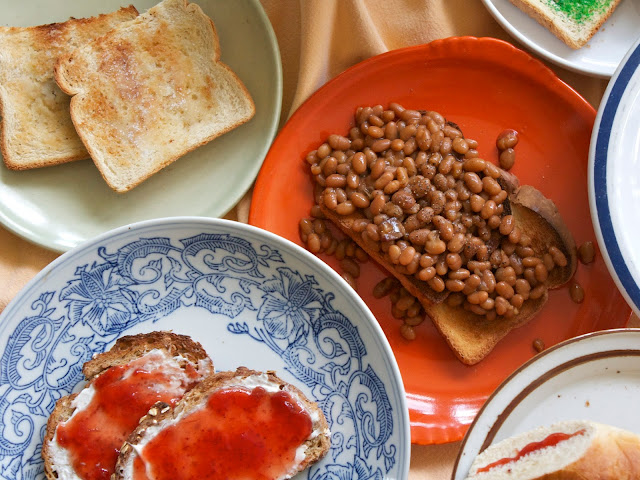 Super quick note:
Keeping in mind the effects of globalization and colonization, plus the equally complex concept of national borders, "national" dishes are never as simple as they seem. Even something like a croissant, the Frenchiest of french pastries, has a complicated back story (some think it actually originated in Turkey and was brought to Europe during the Crusades). So although toast can be found in each of these countries, along with cane sugar, cows' milk butter, and wheat flour, the typical raised sandwich loaf is as native a concept to some as tea is to Great Britain.

Ok, that being said, on to the toast. Here are my homemade interpretations of common toast spreads found all over the world! 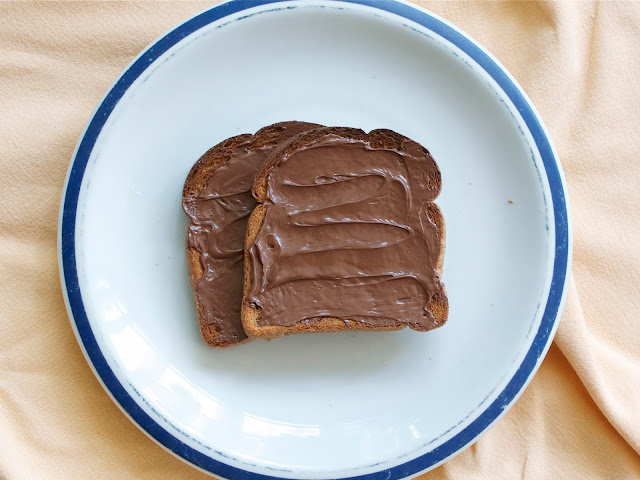 Now a world-wide phenomenon, Nutella was first invented in Italy in 1964. 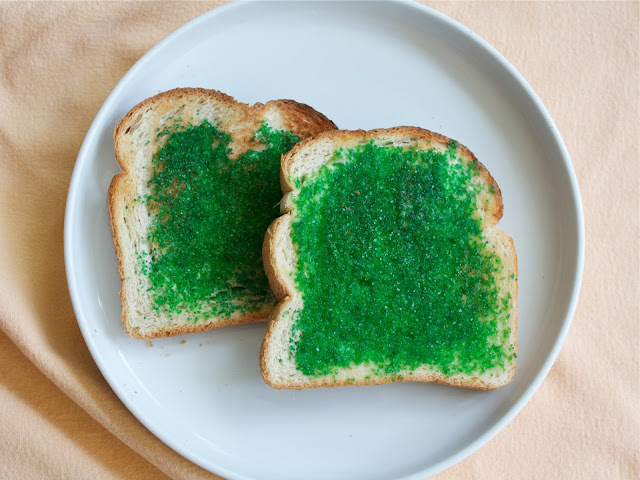 A pinnacle of Dutch happiness, this is a favorite childhood snack.

France
Baguette with butter and jam 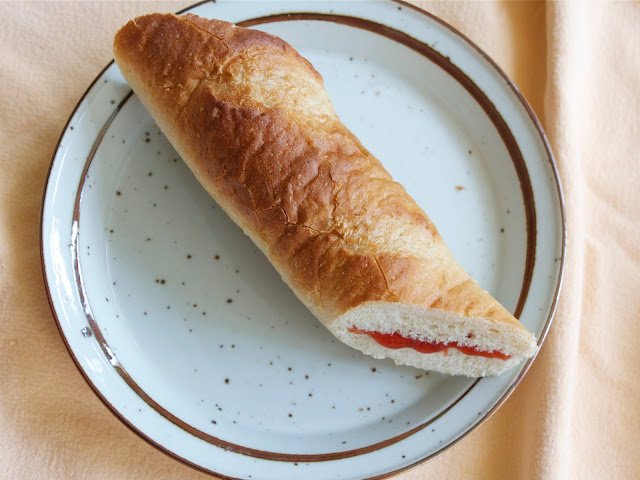 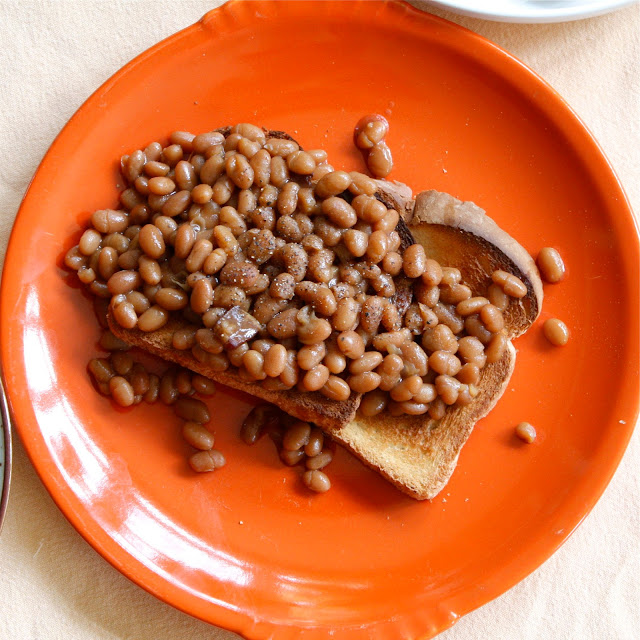 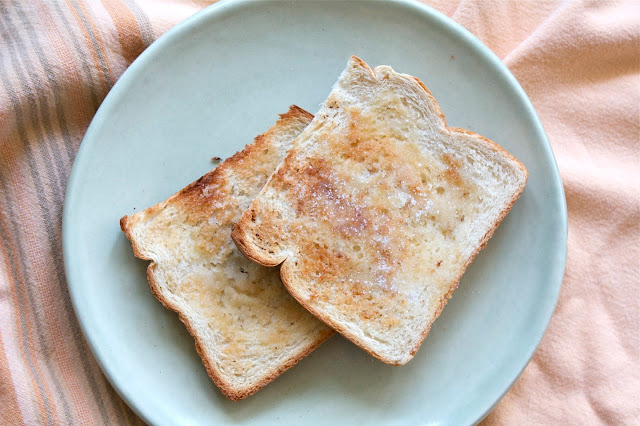 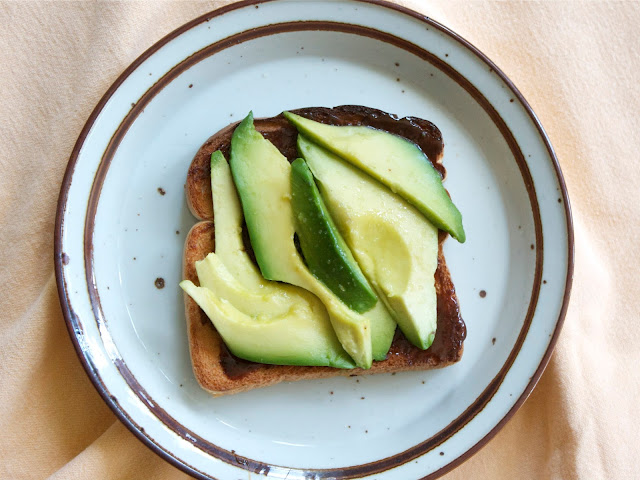 The British version, called Marmite, is also extremely popular in the UK. 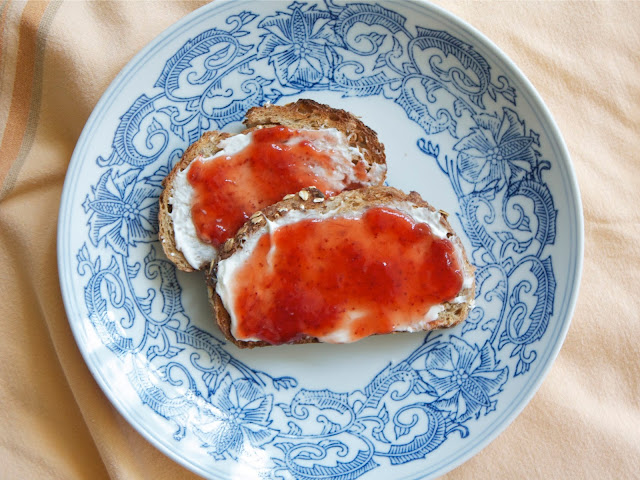 Germany is particularly found of open-face sandwiches, so I'm not sure if this is considered a toast as much as a sandwich.

Behind each of these toast combinations are decades of cultural history. Some seem totally bizarre to me, an American, such as the beans on toast:

Or the Vegemite. This one frightens me a little more. Super salty and pungent, I think it's something you just need to grow up on. But we have our peanut butter, so to each its own, right? 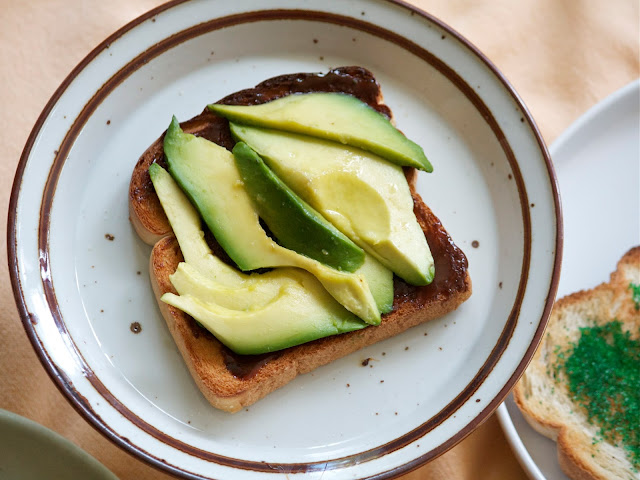 And there are still so many countries I missed! Maybe I'll take a second trip? Man I love toast. 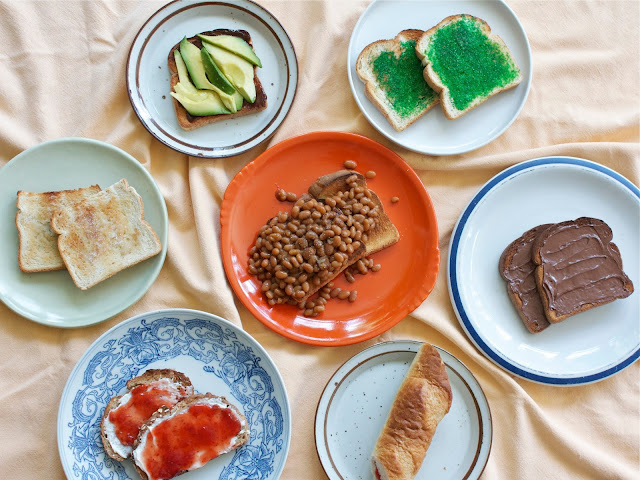