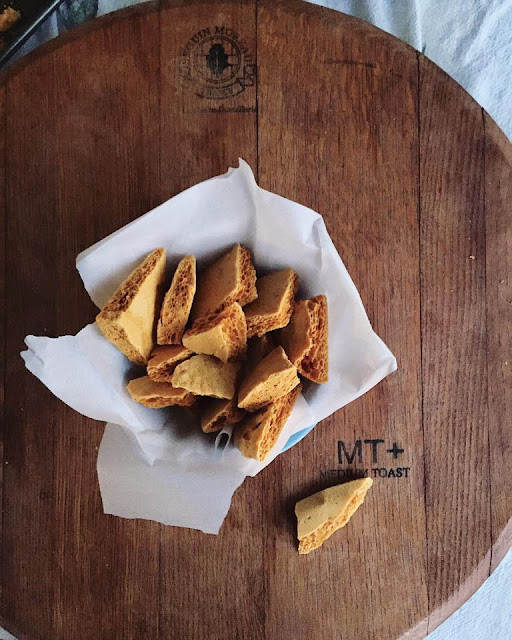 "Well," said Pooh, "what I like best," and then he had to stop and think. Because although Eating Honey was a very good thing to do, there was a moment just before you began to eat it which was better than when you were, but he didn't know what it was called. - A.A. Milne, Winne-the-Pooh. Honey is one of those magical super foods, that's good on just about anything. I spread it on bread, stir it into tea, drizzle it over ice cream, and use it to sweeten tons of recipes. Winnie-the-Pooh understood this, going to all kinds of lengths to hunt it down.

But eating it straight takes a particularly adapted palate. So Pooh was always kind of impressive, I mean the bear is eating it by the pawful. If I can think of any quadraped who would love honeycomb toffee, it would be Pooh. This candy is crunchy, and super duper sweet. I had never heard of it before I saw Nigella Lawson make it one time on her program. I guess it's not as common in the States (it's also called hokey pokey?). The aerated structure makes it easy to bite into, so you're not worried about breaking a tooth like with other caramel candy.

I made this for a Christmas cookie collection and have since made it a total of three times over the holidays. It's just so good! I ran into a bit of trouble making this over Christmas, because the weather was muggy and 75 degrees! Humidity is death to this stuff, reducing the flaky layers to a sticky, spongy mess. But when just made, this stuff is like crack. Honeycomb crack. 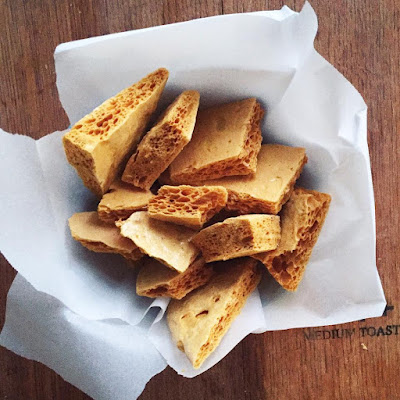 1. Spread a sheet of parchment or wax paper over a cookie sheet, and set aside. In a medium saucepan melt the sugar, corn syrup, and honey until a hard ball boil (260 F) and the mixture begins to turn amber. Don't stir, but swirl the mixture occasionally.

2. Take off the heat and add the baking soda at once. Stir quickly, as the mixture will begin to foam as the soda reacts with the syrup. Once the soda is completely dissolved, pour over the prepared baking sheet. 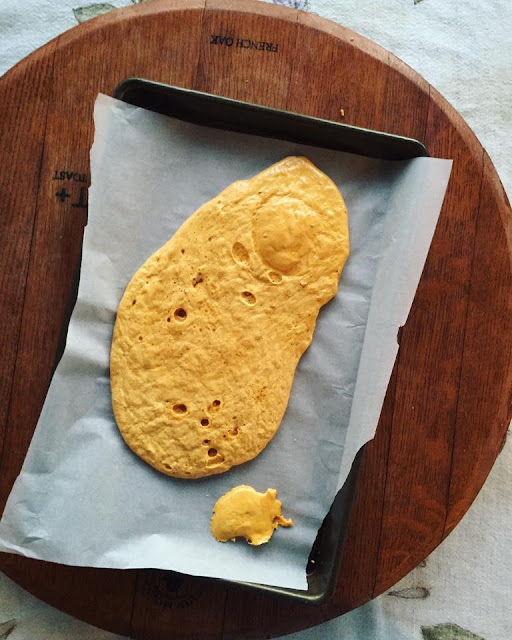 3. Allow the mixture to cool completely, then crack with a knife or break it into bite size pieces. 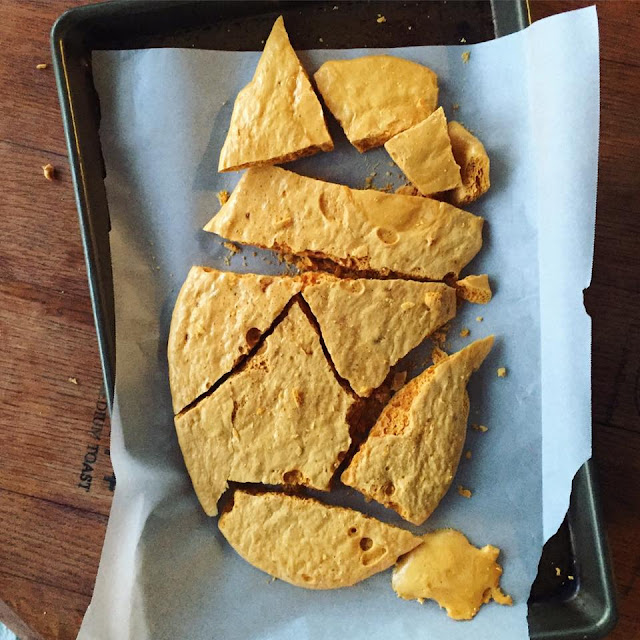 4. Store in an airtight container. Dip or drizzle the honeycomb in melted chocolate, then freeze for 20 minutes to set.