Bourbon Peach Flambe with Ginger Biscuits: Gone With The Wind: 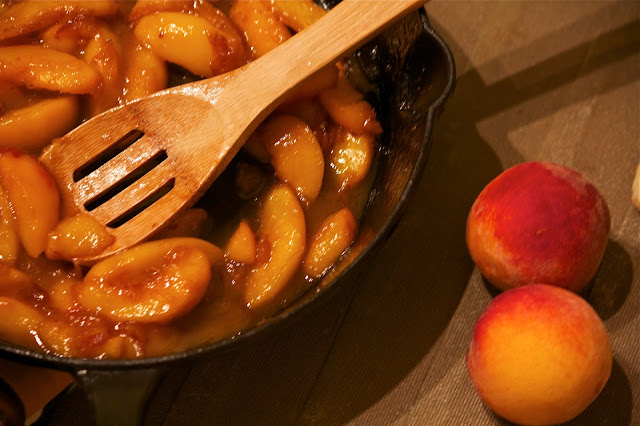 Today was one of the first days that really felt like fall. The air was crisp, dark clouds were on the horizon, and the sun set earlier than ever. It was a tiny glimpse of the winter ahead.

So in full-out denial, I pretended it was the middle of July, and cooked up some peaches and biscuits. I had snagged some late-summer peaches this weekend, and I wanted to use them while they were still amazing and fresh. And nothing pairs better with peaches and summer, like Gone With The Wind.

While it's usually the iconic film that is thought of, the Pulitzer Prize winning novel has been a staple in southern literature for almost a century. I haven't read it in ages, and the one scene I really remember is Atlanta on fire, and Scarlett and Rhett's mad dash through the burning city (might still be thinking about the film here). So, being oh-so-subtle, I had peaches and Georgia on fire, and I wanted to put the two together:
Peach Flambe.

Plus the fire could represent the burning passion that drives Scarlett. Or the explosive destruction of war that tears the South apart. Bam, symbolism!

Plus, I just wanted to light something on fire. 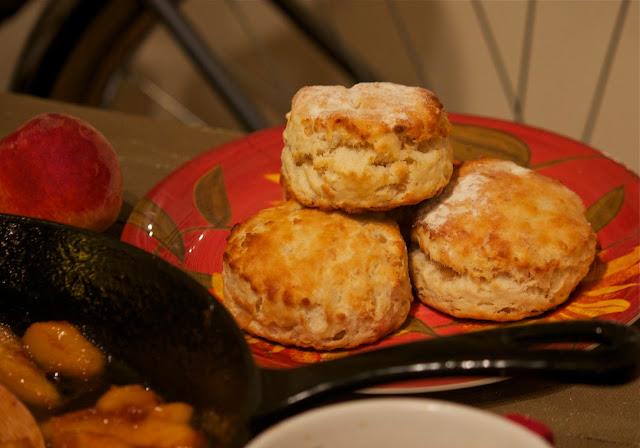 Because I had to bake something, I also made Ginger Biscuits to soak up all the delicious peach sauce, and to add a little heat of their own.

While I was making the flambe, the peaches were excreting so much liquid that I was worried I'd have peach soup on my hands. So I carefully poured some of the butter, sugar, peach juice liquid into a mug. And it hit me. Peach... gravy? Sweet mama. 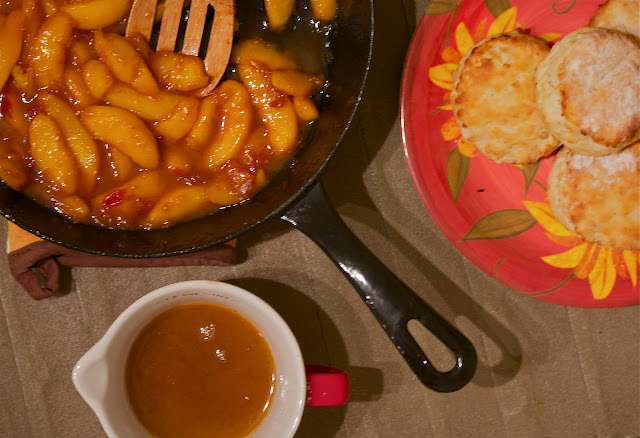 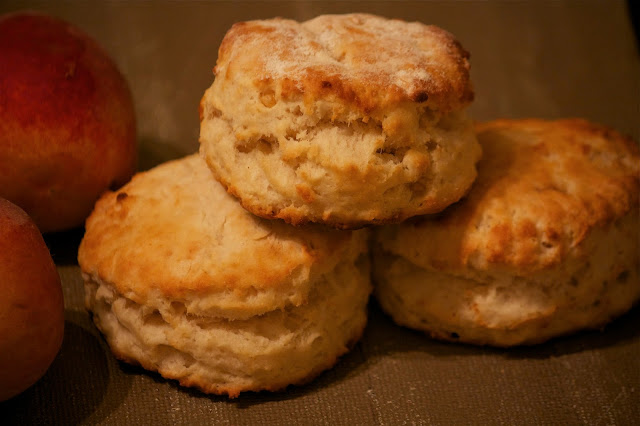 To make the Biscuits:

1. Preheat the oven to 450 F.
2. Mix the flour, baking powder, salt, and ginger in a bowl.
3. Then, with two knives or a pastry cutter, mix in the butter until the pieces are smaller than the size of peas.
4. Add the milk all at once, and stir with a spoon until the dough comes together.
5. Dump the dough onto a floured surface, and knead 8-10 times gently. Roll the dough out, about 1 1/2 inches thick. Using a biscuit cutter or the rim of a glass, cut out the biscuits and place on an ungreased cookie tray. Bake 10-12 minutes, or until golden brown.
6. Allow to cool a few minutes, and serve warm.

To make the Peach Flambe:

1. Place the butter and brown sugar in a pan (try not to use non-stick). Melt the two together over medium-high heat, until the sugar has completely dissolved.
2. Stir in the peaches, making sure to coat evenly with the butter and sugar. Continue to cook on a medium heat until the peaches are soft and the juices are bubbling, about 5-7 minutes.
3. If you'd like, carefully drain or spoon out some of the excess liquid, aka peach gravy. Pour over biscuits later.

BE SAFE! Wear protective gloves and make sure you have a proper fire extinguisher at hand.
4.  Pour the bourbon into a heat-proof bowl, preferably one with a spout.
5. Carefully, carefully, light the bourbon and quickly pour over the peaches. The fire will consume the alcohol, and caramelize the peaches (plus, symbolism).
6. When the peaches have caramelized, take off the heat. Serve hot with the biscuits, or over vanilla ice cream! 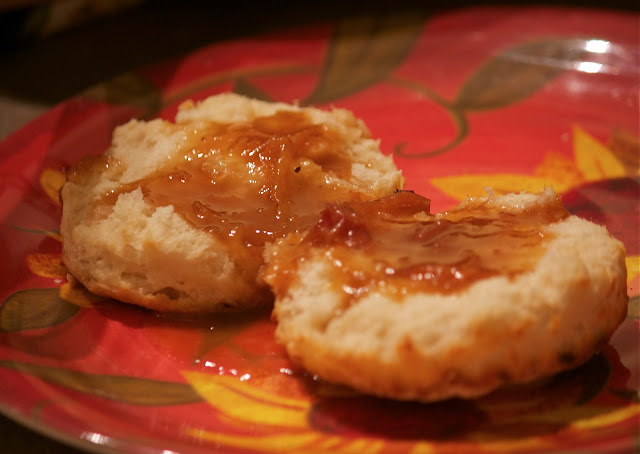 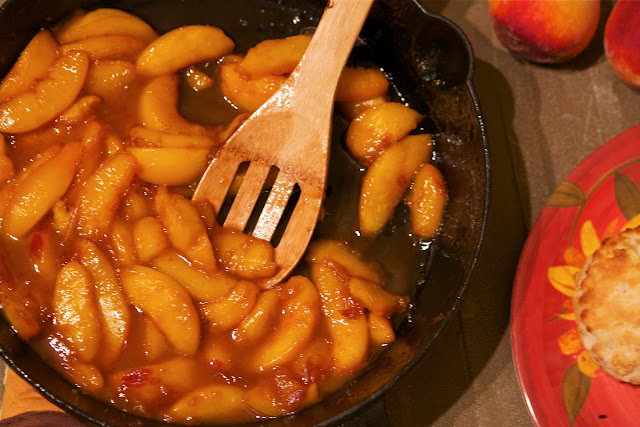 It might be late September, but frankly my dear, I don't give a damn.